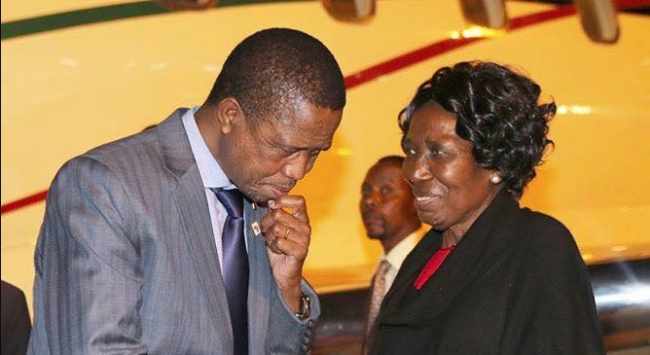 United Party for National Development (UPND) President Hakainde Hichilema has maintained that the PF is scared on tabling the impeachment motion before parliament.

Mr. Hichilema has told Journalists that President Edgar Lungu and the entire PF leadership is scared of the motion because they are aware that they will lose the votes in parliament.

Mr. Hichilema states that despite the motion being constitutionally constructed and meeting the procedures, it was not tabled before the House this week on Wednesday.

And the UPND leader has denied reports that the UPND has paid some PF Members of Parliament to vote in favor of the impeachment motion.

He says the PF MPs are only doing the correct thing of representing their constituents well by removing President Lungu on grounds that he has violated the constitution.

He adds that the Head of State has committed more than ten transgressions and that those issues will be brought before the House.

The UPND Leader says the PF will not avoid the impeachment motion saying one day it will be taken to parliament.