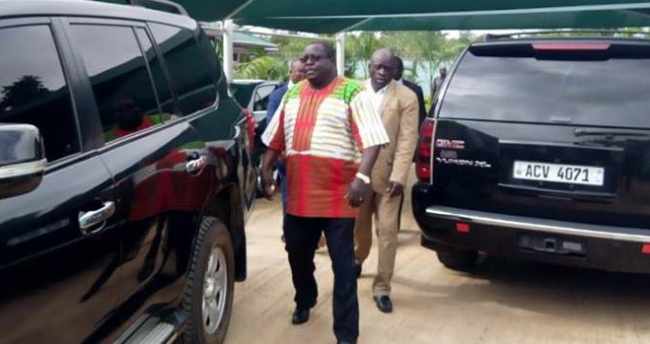 Shockingly, the ACC officials refused to release Dr. Kambwili to take his medication and food since he informed them that he was a diabetic patient. Dr Kambwili was sadly confined in the interogation room hungry and unattended to from 12:00hours to 15:30hrs.

Thereafter, Dr Kambwili addressed media houses who had been waiting for him for 6 hours. The NDC Consultant expressed disappointment with the ACC officials who kept him for more than necessary when the interrogation had finished and for denying him to take medication and food as a diabetic patient. He left the ACC building at about 15:45hrs with his officials and lawyers.