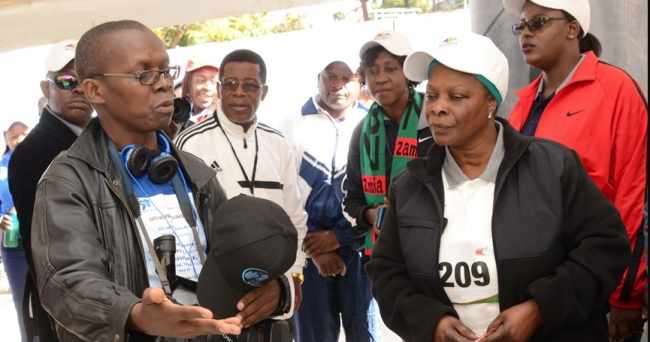 Chimba who is famous for producing the TV show “Stand Up for Zambia”,died in Lusaka after a long battle with Prostrate Cancer.

In 2016 Chimba was jailed for two years for disposing off property suspected to have been unlawfully obtained.

But last year he was pardoned on grounds of his prostate cancer. After his release, he immediately embarked on a campaign to raise awareness on prostrate cancer.

Chanda Chimba once worked for the Zambia National Broadcasting Corporation before venturing in private media business.

But it was the MMD propaganda tv show “Stand up for Zambia” that made him infamous.

The show was highly critical of late President Michael Sata just before he won the 2011 general election with the Patriotic Front,bringing an end to the MMD 20-year-old rule.ZNBC