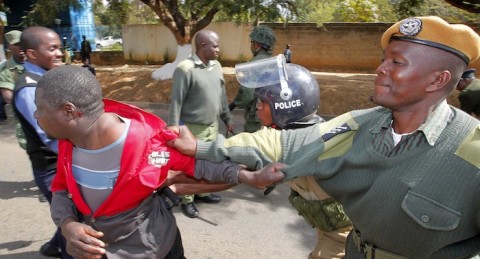 Electoral expert McDonald Chipenzi says Zambia’s democracy recorded a reduction under the Democracy Index 2017 score from 5.99 in 2016 to 5.68 in 2017.

He says the only country in Africa classified as a full democracy is Mauritius occupying rank 16 in the world out of 167 countries.

Mr. Chipenzi says Zambia can do better if only it improves the way it conducts politics, respect civil liberties, allow the state institutions to operate freely and manage the electoral process well.

He has since called on Zambians to do their best and improve the 2018 Index stating that this can be done if citizens could embrace tolerance, transparency and accountability and upholds respect for human rights, constitutionalism and rule of law.