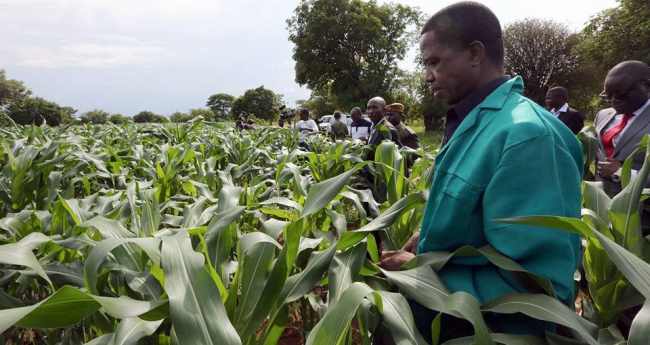 President Edgar Lungu has warned that his government will not hesitate to dissolve any council that will fail to deliver on people’s expectations.

The President says he is disturbed by the environment at Mwayasunka market in Chisamba district.

President Lungu was speaking shortly after he toured the market.

The President said any underperforming council, whether dominated by the Patriotic Front -PF- or the opposition UPND would be dissolved because government wants to make a difference in people’s lives.

President Lungu directed that garbage in public markets must be removed regularly.

He said the levy collected from markets must be used for the intended purpose.

The President took to task the Ward Development Committee -WDC- chairman Arnold Munkondya for failing to deliver according to people’s expectations at the market.

Mr. Munkondya was at pains to explain to the President why the market was dirty.

Earlier, President Lungu toured Mwayasunka Primary School where he interacted with pupils whom he urged not to be lured into early marriages.

He said it was only by acquiring education that the pupils would be able to lead better lives.

And a grade nine pupil at the same school, Choolwe Chalimbana, appealed to the President to help improve the classrooms.

Chalimbana said the floors were cracked hence the need to mend them and also to construct new classrooms.

Meanwhile, school head teacher Kingstone Mutandwa appealed to the Head of State to assist the school with the construction of two new staff houses.In response, President Lungu promised to look into the plight of pupils and teachers at the institution.