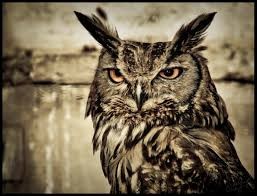 Something is wrong with the legal system in Malawi, and all those who are concerned about the rule of law in African countries need to come to the aid of this Southern African country. The judges and magistrates in this country need help to interpret the law in an enlightened manner especially the witchcraft act. Actually, the Witchcraft Act is outdated and should be repealed.

Court officials need some urgent assistance to interpret provisions under the Witchcraft Act so that they can stop issuing verdicts and judgments that make a laughing stock of the judiciary in Malawi. Unfortunately, the witch hunting trend in the Malawian justice system has been going on for a while. Some years ago a women’s rights report revealed that over 50 women were jailed for being witches. These women were convicted by magistrates and judges for practicing witchcraft. Yes, Malawi is still jailing witches as in early modern Europe. Thanks to a campaign launched by the Humanist Association in Malawi, most of these women were released from jail. However, the trend has continued. The prosecution of persons for witchcraft has not stopped in Malawi. Courts are still jailing people for witchcraft. Now courts in Malawi jail people for ‘pretending witchcraft’.

Malawi has a Witchcraft Act that dates back to the colonial times. The act prohibits trial by ordeal, witchcraft accusation, employment of a witch finder, and pretending witchcraft. As in many former British colonies where this Witchcraft Act applies, there has not been any forward-looking attempt to repeal this outdated legal provision. Instead, some years ago there was an unsuccessful campaign to rather criminalize witchcraft, and apparently, the criminalization process has started given the growing number of court conviction for ‘pretending witchcraft’.

For instance, it was reported that this month one Eliza Davison (66) in Mulanje was sentenced to two years in jail for pretending witchcraft. In March 2016, Hudson Mkandawire (77) was sentenced to 2 years in Mangochi for ‘pretending witchcraft’. In 2014, Victoria Banda and her grandson were also convicted for pretending witchcraft. My question is: What does it mean to ‘pretend witchcraft’? I mean how can one pretend to engage in something that does not really exist, an imaginary process, to the extent of being imprisoned for it? I mean in which century is Malawi?
These unfortunate persons were tried and convicted under section 6 of the Witchcraft Act. It says that “Any person who by his statements or actions represents himself to be a wizard or witch or as having or exercising the power of witchcraft shall be liable to a fine of £10 and to imprisonment for ten years”. It is obvious that the judges and magistrates who heard these cases and eventually convicted the accused persons did not diligently assess the evidence. They did not carefully and conscientiously interpret this provision. These court officials failed in their role as impartial decision makers in pursuant of justice by allowing their superstitious beliefs, fears and anxieties to blind their sense of justice and fairness.

Malawian courts are convicting persons for ‘pretending witchcraft’ to appease witchcraft accusers, not necessarily to uphold the rule of law and this judicial anomaly must be addressed.
Now let us assume that the persons were convicted based on statements which they made representing themselves as witches. Did the courts carefully examine the conditions under which these statements were made? Did the courts try to find out if these persons were tortured to say what they said? In fact were the so-called statements actually free expressions of these individuals or were they coerced to confess to witchcraft?

Assume that these persons actually said they were witches, after all some people today claim they are gods or they have been sent by the gods. Did the courts order a psychiatric examination of these individuals? Did the courts try to ascertain their mental states? Let us further assume that these persons were convicted because they represented themselves in their actions as witches. Which actions are witches’ actions? How did the court know? What was the evidence? In fact, how does the court or anyone at all identify an action that is ‘pretending witchcraft’ without being a witchcraft accuser or a witch finder and then committing a crime under the same Witchcraft Act?
I think that the justice system in Malawi is in urgent need for a reformation because there is and should be no place for punishing persons for ‘pretending witchcraft’ based on statements or actions in this century and age. Magistrates and judges in Malawi really need to prove to the world that they are actually learned persons. Witchcraft is an imaginary phenomenon. Prosecuting and convicting people for ‘pretending witchcraft’ must stop in Malawi.