As the 11th National Assembly draws to a close it is a good time to reflect on its legacy.

First and foremost it has been a Parliament of Government, with half of MPs serving as Ministers. At a cost of millions to the taxpayer there have been an unprecedented number of parliamentary by-elections over the past five years, no less than 32. This has all meant that under the PF opposing views and perspectives have been repeatedly sidelined. Meanwhile, chances to pass important pieces of legislation proposed by the opposition, such as reform of the Public Order Act, have been stopped in their tracks, despite widespread support.

Secondly, it has been a Parliament without direction. Government has failed to set out a clear plan of action. Under the PF, the lack of strong and visionary leadership has meant Parliament is often playing catch up and trying to repair the damage of ill-informed policies, rather than proactively driving progressive reforms. Perhaps the most notorious example is the mining tax regime that has been changed repeatedly, firstly in 2012, twice in 2015 and now again in 2016. In other cases it has taken months and even years of pressure from opposition and civil society to make the PF deliver in five years what they promised in 90 days.

Thirdly, it has been a Parliament whose financial standing has been laid to waste due to inaccurate forecasts by the Ministry of Finance, and a failure to heed warnings. As such the PF has pushed increases in the external debt ceiling through Parliament, raising it from K20 billion in 2011 to K160 billion in 2016. Meanwhile, failure to prioritise has seen cuts to areas such as education in the form of meal allowances, while Cabinet grows and enjoys a pay rise despite underperformance.

More broadly the PF’s legacy in Parliament during the period 2011 to 2016 can be seen in a generation of frustrated youths, thousands of redundant miners, struggling businesses, hungry families and a nation in the dark. Their performance is one out of ten. 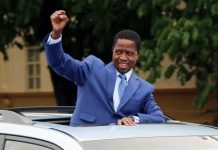