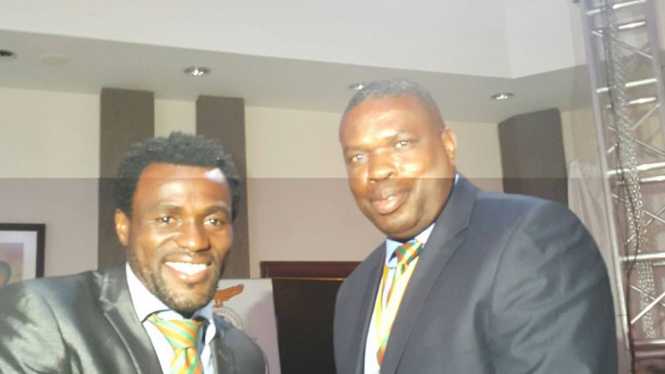 SuperSport.com reports that Kalengo had been marooned in Brazzaville since Sunday after the country was in lock-down following presidential elections that took place in Congo over the weekend.

The striker landed with the Congo team at Ndola Airport just after 7 pm.

He then went straight to Levy Mwanawasa Stadium to join his teammates for their final evening practice session ahead of Wednesday 6pm kickoff there against Congo.

Meanwhile, goalkeeper Kennedy Mweene is only expected to join camp eight hours before the game at 11am on Wednesday.

Just like Kalengo, Mweene was stuck in Brazzaville where Mamelodi Sundowns were in action against his compatriots’ club AC Leopards on Saturday in a 2016 Caf Champions League fixture that ended 1-1.

But defender Stopilla Sunzu of French Ligue 1 club Lille and midfielder Lubambo Musonda of Gandazsar in Armenia joined the team on Monday night bringing the number to seven from ten foreign-based players available for the game.

However, Zambia striker Evans Kangwa of Israeli club Hapoel Ra’anana is ruled out of the match.

“The club has sent a medical report stating that he has an injury,” Zambia team manager Stanley Kaseko said.