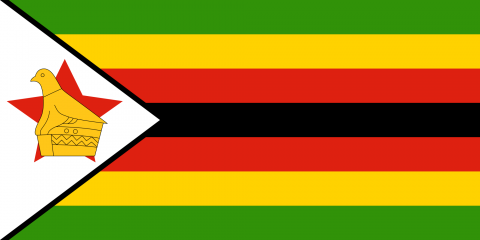 The Civil Aviation Authority of Zimbabwe yesterday impounded a chartered MD11 trijet cargo plane owned by Western Global Airlines stashed with millions of South African rands and a dead body after it asked to land in Harare during a flight from Germany to South Africa.

Western Global Airlines is based in southwest Florida in the United States of America. The plane was flying from Germany to South Africa when the captain asked for a technical landing at the Harare International Airport after an initial request to land in Mozambique was turned down.

Civil Aviation Authority of Zimbabwe general manager Mr David Chaota confirmed the incident last night. “Yes, it is a Western Global Airlines plane and now the case is being handled by our security ” he said.

South African Ambassador to Zimbabwe Mr Vusi Mavimbela confirmed the incident last night but would not give details.

“I spent the better of the day at the airport,” he said. “I am aware of what you are saying but I cannot comment now because there are investigations that are still going on.”

Sources close to the matter told The Herald last night that the plane was destined for South Africa. “The plane requested for a technical landing which was granted by the airport authorities,” said the source.

“Upon refuelling, the airport attendants discovered that there was blood dripping from the plane. When they checked to try and ascertain where the blood was coming from that is when they discovered a suspended dead body in the plane.

“The matter was reported to the authorities at the airport and the plane was impounded while the body was taken to pathologists.”

Unconfirmed reports say the crew included two Americans, a Pakistani and a South African. The whereabouts of the crew were unknown last night.

The nationality of the dead person could not be established by the time of going to print, nor any details of how he died. Western Global Airlines operates a fleet of 16 MD11 freighters, a modern stretched upgrade of the old DC10, according to its web site.

The private cargo line is owned by James and Sunny Neff and advertises that it has a good range of customers, including FedEx. It said aid agencies chartered it to fly staff and supplies into West Africa last year to fight the Ebola epidemic.

The last time Zimbabwean civil aviation authorities impounded a foreign plane was in 2004, when the authorities arrested a planeload of 64 mercenaries who wanted to take part in a coup in Equatorial Guinea.

Efforts to get a comment from the police were fruitless as police spokesperson Senior Assistant Commissioner Charity Charamba’s mobile phone went unanswered. The Herald