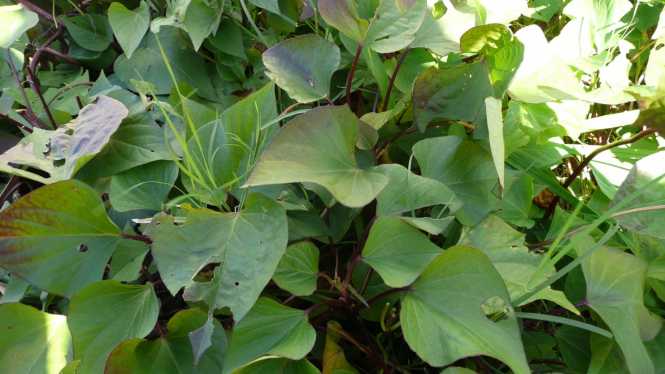 A 20-YEAR-OLD Waterfalls woman, who assaulted her neighbour for plucking sweet potato leaves from her yard last Wednesday, has been brought before the courts facing assault charges.

Joice Shumba pleaded not guilty before Mbare magistrate Gladys Moyo, who remanded her out of custody to February 16.

As part of her bail conditions, Shumba was ordered to reside at her given residential address and also not to interfere with witnesses until the matter is finalised.

The court heard that last Wednesday, Shingai Maronza (38) went to pluck sweet potato leaves that she had planted in Shumba’s yard before the latter started residing at the place.
The State alleges that Shumba was angered by this and then went on to attack Maronza with open hands and fists.

It is further alleged by the State that Maronza suffered injuries on her left leg.

In her statement, Maronza said she had earlier made arrangements with Shumba to allow her to pluck the sweet potato leaves.

Maronza said while she was picking the leaves, she was surprised to see Shumba charging from her house armed with an axe.

Maronza further said she managed to stop her from using the axe and that was when Shumba resorted to assaulting her with bare hands.
Fanuel Madanhire appeared for the State.