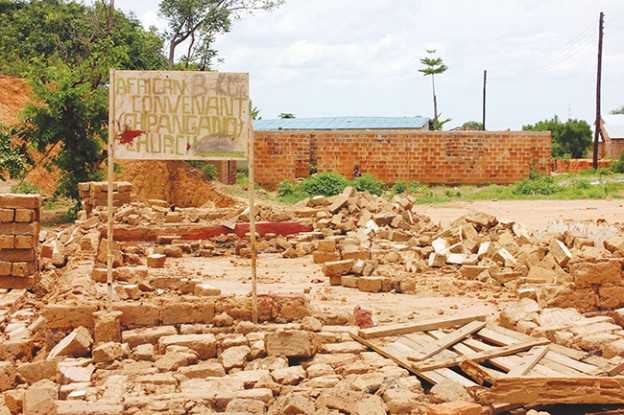 OVER 50 houses have collapsed in Kitwe following a downpour on Friday night, leaving several families without shelter.
Five churches in Garneton – Baptist Church, Seventh Day Adventist Church, Pentecostal Assemblies of God, Life in Christ Church and Chipangano Church – also crumbled in the hailstorm.
A check by the Daily Mail in Garneton, New Kitwe, Kandabwe and Mulenga townships revealed utter destruction that has left residents in shock and at a loss of what to do next.
The shock is more so for residents whose houses have been completely destroyed.
Church services today could take a different form at congregations that have had the roofs of their buildings ripped off.
Kitwe district commissioner Chanda Kabwe, who visited some of the affected residents, said the initial assessment is that 50 houses have been affected.

Mr Kabwe said Government has assigned experts to determine the extent of the damage so that the victims can be given support.
He said Government will provide the necessary support, including temporary shelter, to all victims immediately a report is done by tomorrow.
“I would like to confirm that over 50 houses have collapsed in Kitwe due to the heavy rains we experienced on Friday night. We have sent a team of experts to affected areas to assess and verify the extent of the damage and how we can help the affected people,” Mr Kabwe said.
He said there were no casualties.
One of the affected residents, Mr James Mutale, described the incident as a disaster which requires quick intervention by the Disaster Management and Mitigation Unit (DMMU) through provision of humanitarian assistance.
Mr Kabwe also appealed to Kitwe residents to help prevent drainages from being blocked.
He cautioned the residents against throwing litter in drainages as it is their responsibility to guard these and other public infrastructure.