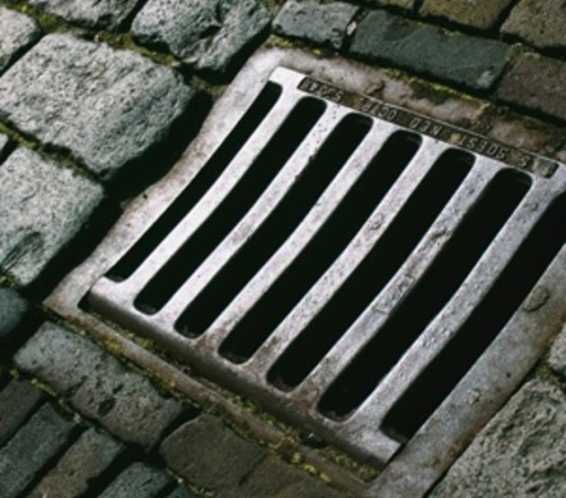 A man in Japan who hid in a drain for five hours, allegedly to snap photos up women’s skirts, was given away when passers-by spotted his hair sticking out of a grate, police and reports said.

Yasuomi Hirai (28) allegedly squeezed himself in a section of a gutter 28cm wide (see picture), with his head under a piece of iron grating, a police spokesperson said on Wednesday.

“His hair got caught at the edge of the grate, which drew the attention of some pedestrians,” the spokesperson with the Hyogo prefectural police in Kobe told AFP.

The alleged offence took place in the port city August, but police said that Hirai’s arrest on Monday came after a lengthy investigation.

Police did not elaborate but the Sports Hochi tabloid reported on Tuesday that Hirai kept himself in the small space for about five hours, holding a smartphone to take photos from under the grate.

Local reports said it was not the first time Hirai has been arrested for the same offence, which violated a local ordinance preventing nuisance acts.

He was nabbed two years ago after squeezing himself into a gutter allegedly for the same purpose, Sports Hochi said.

Hirai reportedly told police at the time that he wanted to be reborn as “part of pavement in the next life”.

Peculiar offences involving the harassment of women and girls are frequently reported in Japan.

In 2012, several high school girls from a small neighbourhood reported to police that they were tackled by a sock-stealing thief.
Meanwhile, a senior monk in western Cambodia who confessed to sexually abusing 10 novices and then paying them to keep quiet is to stand trial for child prostitution, police said yesterday.

Vung Chet was arrested on Sunday after he “confessed before us”, the police officer was quoted as saying by the Cambodia Daily.

The boys were threatened with disciplinary action if they did not comply, the report said.

The police were tipped off by victims’ families, Duong Thavary said.

Vung Chet was the chief monk at the pagoda for two years in Siem Reap, the province which is also home to Angkor Wat archaeological site.

He was defrocked on Sunday before being arrested, as the law does not allow for monks to be taken in by law enforcement, the report said.

If convicted he could face 10 to 15 years in prison for child prostitution and five to 10 years for sex with a minor.

In Cambodia, it is not uncommon for monks to begin their training as small children, leaving home to live at a pagoda as novices under the care of older monks.

For boys from a poor background, it offers room and board as well as education, with monks some of the most educated members of society.

Sexual abuse of men and boys goes relatively unreported, compared to that of women, according to local NGO First Step Cambodia.

The NGO estimates that around one in six men are sexually assaulted during their lives, according to 2013 research. -AFP-News24.