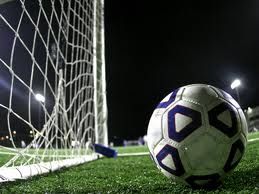 LUSAKA Tigers on Sunday, bounced back to the topflight, ending 14 years of campaigning in the first division.
Tigers overcame Mumbwa Medics in a Division One (South) Week 33 match.
They were demoted to the lower ranks in 2001.
Chris Njovu’s second-half goal was all Tigers needed to return to the elite league, thanks to Malaiti Rangers who beat third-placed Nampundwe 1-0.
The Matero-based side drilled by former Tigers, Zanaco and Zambia midfielder Chanda Mwape, moved to 62 points, five above Nampundwe with a game remaining.
Coach Mwape said the team has been in Division One for a long time and the Matero community is proud of the achievement.

“It’s a miracle. The four of us, me, my elder brother Musonda, Kelvin Kalila and Kusiyo Akufuna were part of the players that took the team into the Super Division in 1999. Again we have won promotion as coaches this time.
“We just thank God for this achievement,” he said.
Club chairman Samuel Phiri could not hide his excitement.
“We are very happy….I don’t even know what to say because when the season started we never thought the team could be promoted,” said Phiri, who is Football Association of Zambia finance manager.
Former Tigers midfielder Hastings Ndovi said he could not wait to watch the Matero-based outfit campaigning in the big league.
“I am happy because I can’t remember when Lusaka Tigers played in the Super Division. I am one of the happiest people today,” said Ndovi, a Zesco United executive committee member.
LUMWANA 2 GOMES 1
Leaders Lumwana Radiants on Sunday beat Gomes in a Division One (North) Week 33 match to remain on course for a maiden appearance in the Super Division.
Lumwana have 63 points, three ahead of Kalulushi Modern Stars and Mufulira Blackpool, who are second and third respectively, while First Quantum Minerals (FQM) are fourth with 59 points.
This means all the four teams are in contention to grab the two slots in the northern region.
Lumwana face Zesco Solwezi on Sunday.
Under-23 national team midfielder Gozon Mutale and skipper Allan Kapila contributed a goal apiece at Solwezi Stadium.
In the other matches, Modern Stars drew 1-1 with Konkola Mine Police while Mufulira Blackpool pummelled Indeni 4-1.
Full Results:
(South)
City 1 Shockers 1
Mongu 1 LCC 4
Paramilitary 0 Matero 0
Prisons 0 Jetters 0
Mumbwa 0 Tigers 1
Malaiti 1 Nampundwe 0
Warriors 1 Luena 0
Pirates 1 Celtic 0
Riflemen 2 Katete 0
(North)
Chambishi 1 Ndola 0
CB Buffaloes 1 Zesco Luapula 0
Mine Police 1 Kalulushi 1
Indeni 1 Blackpool 4
Kansanshi 0 Kitwe 0
Chindwin 2 Zesco Solwezi 1
Nakonde 0 Roan 0
Lumwana 2 Gomes 1
Mining 0 FQM 0