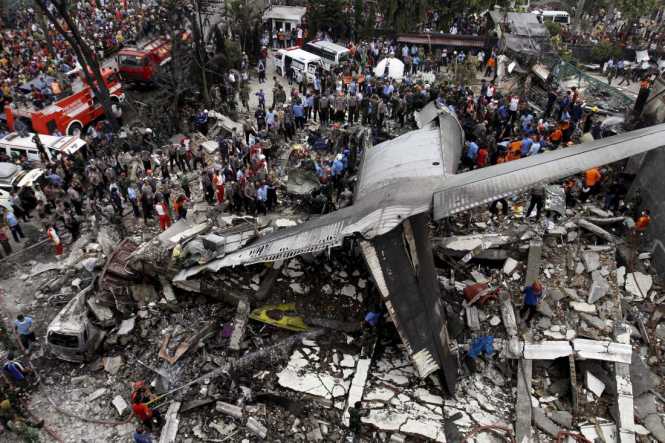 An Indonesian passenger plane that crashed with 54 people on board in Papua province was carrying cash worth around $470 000 for remote villages, a post office spokesman said yesterday as rescue teams headed to the mountainous site where it went down. The Trigana Air Service ATR 42-300 plane crashed on Sunday, the latest in a string of aviation disasters in the sprawling Southeast Asian archipelago.

He added that a search team was approaching the area.

There were 44 adult passengers, five children and infants and five crew on the Trigana short-haul flight from Sentani Airport in Jayapura, capital of Papua, south to Oksibil.

All those on the plane were Indonesian nationals, a National Search and Rescue Agency (BASARNAS) official said.

Airline officials were not immediately available to respond to questions from Reuters.

There was no suggestion that the large sum of money being transported on the plane was linked to its crash.

He added that it was part of an official assistance programme for the poor and was intended to be distributed to villagers.

He said poor infrastructure in Indonesia’s easternmost province meant that assistance money was often flown in by air.

A Super Puma helicopter crashed in the same area last year, said Sito, a BASARNAS communications operator in Jayapura who goes by one name. “It’s the weather there, it changes all the time. In the morning it can be clear and hot and then suddenly it rains,” Sito said.

Indonesia has a patchy aviation safety record and has seen two major plane crashes in the past year, including an AirAsia flight that went down in the Java Sea, killing all 162 on board.