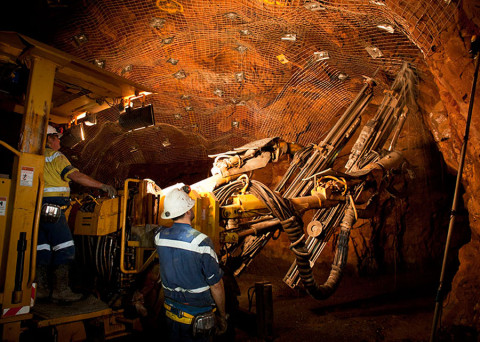 FOUR miners have died in a mine accident at Mopani Copper Mines (MCM)’s South Orebody Shaft in Kitwe after being trapped underground.

The miners, who are yet to be retrieved, met their fate on Sunday night when a rock fell on them.
Copperbelt commissioner of police Joyce Kasosa and Mineworkers Union of Zambia (MUZ) acting general secretary George Mumba confirmed the incident in separate interviews yesterday.
Ms Kasosa said the bodies were still trapped underground and would only be retrieved after two days.

She said the incident happened on Sunday around 23:00 hours, about 3,340 metres underground at MCM’s South Orebody Shaft.
She named the victims as mine operators Emmanuel Kyongola of Chamboli, Honest Mushota (Nkana East), Arnold Mambwe and Abel Mutali, workman, of Ndeke township.

“The bodies of the four miners are still trapped underground and are likely to be retrieved after two days,” Ms Kasosa said.
And Mr Mumba said MCM’s rescue team and engineers were working round the clock to retrieve the bodies.

“The mine rescue team and engineers are working round the clock to try and retrieve the four bodies. There were 94 miners on night shift but 90 have been accounted for while four are yet to be accounted for,” Mr Mumba said.

Mr Mumba described the incident as unfortunate.
A check by Daily Mail at South Orebody Shaft yesterday found tight security as arrangements were being made to retrieve the bodies