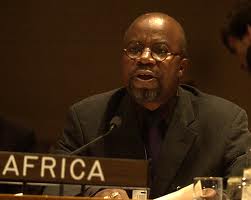 RENOWNED politician Katele Kalumba says the Patriotic Front (PF)’s resounding victories in the three parliamentary by-elections in Malambo, Petauke Central and Mulobezi prove that Zambians countrywide have accepted the ruling party while the other political parties have remained tribal and regional.

Dr Kalumba said the PF has become a nationally accepted political party with an agenda for all Zambians irrespective of their tribe or background.

In an interview yesterday, Dr Kalumba said he was optimistic that the PF would win all the three seats because it cares for poor people unlike other known parties, which are just for the few rich and geographical entities with similar customs.

“I want to congratulate President Lungu and the PF Central Committee for choosing the right candidates for the people,” Dr Kalumba said.
He also said the campaign teams did their best to explain the PF policies to the grass roots.

“Zambians are great readers of politics. Let us give them credit. They know things have changed and the wind is blowing in favour of the PF,” he said.
Dr Kalumba urged MMD members who are still in doubt to join the PF.
“Zambians are determined to fight back forces of division, social perversion, insults, and absurd values and puffed-up egos,” he said.
Dr Kalumba said Zambians want a humble leader as demonstrated by President Lungu.