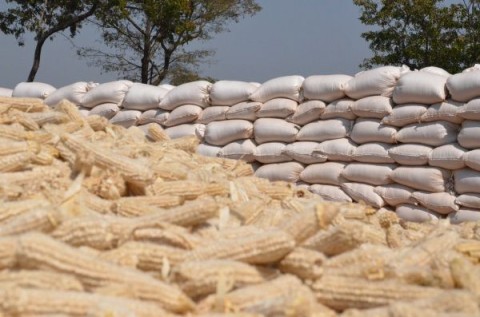 South Africa is set to import more white maize from Zambia to prop up dwindling stocks from a harvest devastated by bad weather, trading and industry sources told Reuters on Thursday.

Africa’s biggest producer of the crop imported 163 tonnes of white maize from its northern neighbour in June, according to the South African Grain Information Service, as South Africa’s 2015 harvest is expected to fall by more than a third.

Three industry sources said South Africa would get an unspecified amount of maize as a back up to its reserves.

Zambia’s agriculture deputy minister said the government had issued maize export permits but declined to specify which countries shipments were destined or the quantity.

“We are exporting the maize because we need to create space for the new stock. Our storage capacity is only 1 million tonnes and we are expecting an additional 2.7 million tonnes of maize,” Agriculture deputy minister Greyford Monde told Reuters.

In March, Zambia said it planned to export 800,000 tonnes of white maize to neighbouring countries whose crops were devastated by floods although this season’s harvest was seen falling at least 18 percent to 2.7 million tonnes.

South Africa is expected to reap the lowest harvest of the staple since 2007 due to drought. The harvest is forecast to be a third less from last season’s produce of 14.25 million tonnes – the highest in 32 years.

Traders said prices for the maize contract for delivery in July fell 4.7 percent to 3,003 rand ($243) on Thursday following a Reuters report that South Africa booked white maize from Mexico.

White maize is a staple for the poor majority and working class while yellow maize is mainly used for animal feed in the poultry and pork industries.