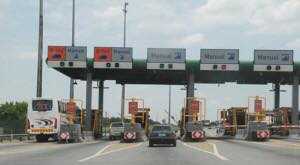 Government says it will soon start the construction of toll gates across the country.
Works and Supply Minister, Yamfwa Mukanga says government has already identified sites in Kafue, Kafulafuta and Ndola for the initial projects.

Mr. Mukanga told ZNBC in Lusaka on Monday that the projects will be built under Public Private Partnership-PPP- Arrangements.
He said government will next week advertise expression of interests for the private sector to come on board.
Mr. Mukanga also said government will advertise commercially viable roads for the private sector to construct under the PPP Agreements.\