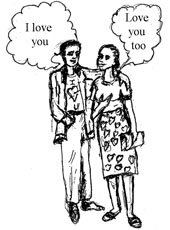 A Health Practitioner in Lambwe-Chomba Chiefdom of Chienge district has called for enhanced reproductive health sensitization services especially for the youths in the area in order to curb the rise in transmission of sexually transmitted infections.
Lambwe Chomba Clinic Acting Registered Nurse in Charge Sinda Chifumu disclosed that the cases of sexually treated infections were common in the area.
He said despite an increased condom distribution exercise and holding health education talks, the scourge was still rife common especially among the youths.
Mr. Chifumu said it was rare to have a girl having her first pregnancy when she was 25 years and above as the common trend was that the girls become pregnant between 16 and 18 years of age.
The Registered Nurse said the area has no Anti-Retroviral services and those tested and found reactive are referred to Kaputa which is about 15 kilometers from the facility.
He said most people in the area seek medical attention when they are very sick because of the long distance to Kaputa district.
Mr Chifumu further disclosed that Malaria was the topical disease in the area as 40 out of every 50 patients tested for malaria were positive.
He said the other two were cough and dysentery because of the untreated water from shallow wells as people in the area preferred water from the river and shallow wells to boreholes.
Mr. Chifumu said the Chiefdom is doing well in sanitation and hygiene practices because every household in the chiefdom has a toilet which has reduced the rate of diarrhoea cases among the people.
He appealed for support from Organisations dealing with health issues to come to the centre and assist in addressing some of the challenges the facility is facing.
And Chieftainess Lambwe Chomba confirmed the need for increased medical personnel for the centre because one person was not adequate to handle all the medical conditions for the people in the area.
She also acknowledged the need for enhanced reproductive health education in the area to reduce on early marriages.-Zanis