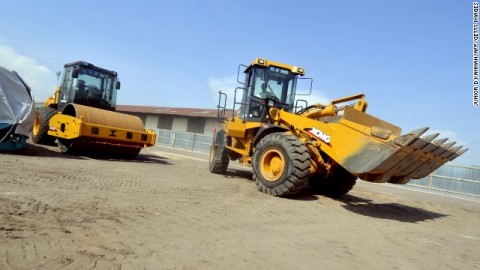 Government  has commended the police service in Kalulushi District for their quick action in recovering the Front End Loader which was stolen three weeks ago.

Kalulushi District Commissioner Kampamba Mulenga  said her office was grateful to the police service in recovering the stolen vehicle owned by a Chinese contractor Sino Hydro.

She commended the police for the quick action adding that the recovered vehicle has been parked police provincial office in Kitwe.

ZANIS reports that Ms. Mulenga said this in an interview in Kalulushi District, today.

Alert police recovered the stolen front end loader in Mumfumbwe  District after a tip off in North Western Province at a named mine.