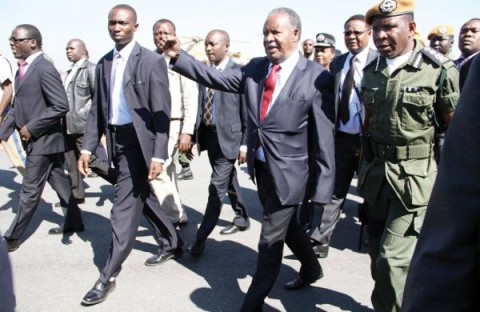 Labour and Social security Minister, Fackson Shamenda, has charged that those who are condemning President Michael Sata over his conduct during Labour Day celebrations are embarrassing themselves.

Mr. Shamenda says President Sata had a powerful message for the workers on Labour Day by showing concern over their affairs and directed all employers to improve the conditions of service for the workers.

Mr. Shamenda states as President Sata stated on Thursday, employers must take time to reflect on how to improve the conditions of service for workers.

Mr. Shamenda adds that the message from President Sata is particularly directed at employers in the private sector who have failed to award their workers descent wages.

He states that this is why he has directed the Land Commissioner not to recommend for approval of any collective agreements that are below the food basket unless she is satisfied the company does not have the capacity to pay.