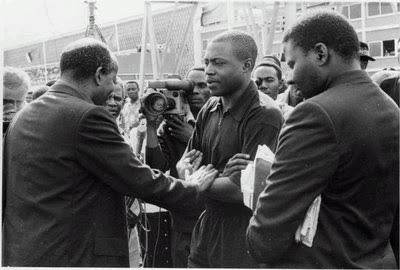 A mark of the vocal prowess of the late Dennis Liwewe is perhaps best summarised in one simple but poignant example: whenever a football game involving Zambia was being televised and Dennis Liwewe was doing the radio commentary, the automatic reaction was to turn off the volume on the television and turn up the radio. When Dennis Liwewe was commentating, you actually needed no television. His voice alone brought a life to the game that completely captured the imagination. It was the poetry; the passion and the penetrating purpose in his voice that made you not only feel as though you were inside the stadium itself but that you were an integral part of the game. His voice had the unerring ability to take you to the soul of Zambian football at a time when our national brand and style of sportsmanship was at its very best.

When Zambia was winning, Dennis was glorious, his voice rising above the opponents like distant thunder being carried on the wings of an eagle. When Zambia was losing or missed an opportunity to score, his mournful reply always carried a necessary reprimand of the players as though he was berating his own children.

How else can we remember Dennis Liwewe other than fondly, with a smile stirred in the depths of our soul as a nation as we honour the memory of a man who made Zambia stand tall, proud and free.

May the commitment he displayed in his work be an inspiration for us now and for the generations to follow. Our sincere and deepest condolences go to his wife and family. May God grant them His eternal peace.