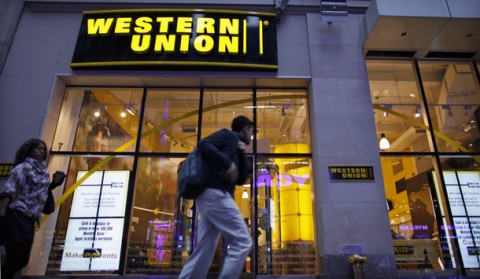 All over the world migrant workers are sending money home to their families. The money pays hospital bills and school fees, buys land, builds houses and sets up small businesses. The cash goes from the US back to Mexico, from the Gulf back to India, from the UK back to Somalia, and from South Africa back to Malawi, Zimbabwe and the rest of southern Africa.

But what these workers probably do not realize, since they usually only ever send to one country, is that the cost of sending money varies greatly. Now astudy of the cost of remittances, carried out by London’s Overseas Development Institute with support from the fund-raising charity Comic Relief, has revealed that transfers to African countries cost around half as much again as the global average, and twice as much as transfers to Latin America.

The ODI estimates that if remittance charges were brought down to the world average, the money saved could educate an extra 14 million primary school children, half of all those currently out of school on the continent.

The bulk of this money goes through money transfer companies rather than banks, since the recipients are unlikely to have bank accounts, and transfer companies are quick, efficient and have a wide network of agents. But just two big international players dominate the business in Africa, Moneygram and Western Union, and participants in a meeting to launch the research were highly critical of the way they seemed to be abusing their market dominance.

Rwanda’s High Commissioner in London, Williams Nkurunziza, said he was shocked at what the report revealed. “If you look at the remittances, 30 or 40 percent of the money that goes to Africa goes to rural areas,” he said. “This money goes to the people who are most needy, and you are allowing a multinational corporation to take bread out of the mouth of hungry children. This is not what I would call responsible capitalism!”

Glenys Kinnock, opposition spokesman on International Development in the upper house of the UK parliament, who chaired the meeting, called on the country’s financial regulatory authority to intervene over the issue of excessive charges. “It is not a technocratic issue,” she said, “although it may sound like one. It is also about people’s lives and the future of their children… These things have to change. We can’t put up any longer with the prospect of its making things so difficult, very often impossible, for people who have such needs.”

At the end of last year, when the ODI did its research, the fees and charges to send money to most of Africa were around 12 percent – a bit less to Zambia or Tanzania, a bit more to Uganda, Malawi and the Gambia – against a world average of just over 8 percent. Even that is quite expensive; the governments of the G8 and G20 countries have pledged themselves to working towards reducing this to 5 percent.

It found that in more than 30 countries the two big players had more than 50 percent of the market; and in 10 countries they had more than 90 percent. Sometimes either Moneygram or Western Union had an effective monopoly, but even where both companies were present it did not necessarily mean that customers had much choice; one company could still have a monopoly of outlets in a particular area, and the companies habitually make their paying-out agents sign contracts promising not to also act as agents for their rivals.

Significantly, the one country where the big two are absent – Somalia – has far lower remittance charges; transfers go through a number of smaller, competing companies.

Competition has been limited by the fallout from the US “war on terror”, with the banks who do bulk international transfers citing money-laundering and anti-terrorism regulations as the reason they are reluctant to extend facilities to smaller companies. Now only the biggest of the Somali companies, Dahabshiil, still has an account with a major British bank (Barclays) and even that concession was forced by a court case and is only until other arrangements can be put in place.

But if charges to send money to Africa from outside are steep, the cost of sending money from one African country to another can be eye-watering.

Dilip Ratha, who works on these issues for the World Bank says exchange controls are one of the reasons the rates are so high; in some places sending money out of the country is illegal. “So if you are sending money,” he says, “let’s say from Benin to Ghana, it is actually allowed (in some countries it’s not even allowed) but first the CFA has to be passed through into euros or sterling or dollars, and then it has to be transferred back into the local cedi, and in both cases you pay commission. Some sort of regional currency market really needs to be created.”

“So if you are sending money, let’s say from Benin to Ghana, it is actually allowed (in some countries it’s not even allowed) but first the CFA has to be passed through into euros or sterling or dollars, and then it has to be transferred back into the local cedi, and in both cases you pay commission. Some sort of regional currency market really needs to be created”

The report found 10 routes with bank transfer charges over 20 percent. Charges from Nigeria to Ghana were 22 percent. To send from Tanzania to the rest of East Africa, or from South Africa to its near neighbours is particularly expensive, peaking at 25 percent for bank transfers between South African and Malawi. Some of the fees charged by money transfer companies are even higher; if you send money that way from Ghana to Nigeria you may have to pay a staggering 39 percent.

In some places mobile phone based systems like M-Pesa have made in-country transfers much easier and cheaper, but they haven’t really taken off internationally, largely because conservative, inflexible regulatory systems insist that all international transfers must go through conventional banks. And African banks tend to have very high charges, often because they are forced by governments to finance government projects or make uncommercial loans.

Chukwuemeka Chikezie of the Up Africa consultancy told IRIN a lot of the responsibility lay with African governments. “One of the reasons M-Pesa took off in Kenya was because the authorities nurtured and enabled innovation. If you look at other countries the regulators have tended to stifle innovation. They are very risk-averse and they don’t enable even limited experiments to prove that the markets can absorb technical innovation.”

In addition, money-laundering regulations are putting impossible demands on systems designed to serve the poor, requiring, for instance, “know your customer” procedures like taking copies of ID documents for anyone receiving an international payout. Selma Ribica of M-Pesa points out this is an impossibility for agents in rural areas with no power supply. She told IRIN she would like to see a more realistic, tiered approach with much lighter regulation for small international transfers (under, say, US$200-300) which are most unlikely to have anything to do with money laundering.

M-Pesa depends on moving money between different customers’ mobile phone accounts. Now people are beginning to think of other kinds of electronic “purses” which might be linked in the same way.

Facebook has just proposed allowing transfers between customers who have accounts with the company which they normally use to make payments for online games. So far this is only proposed for payments within the European Union, but Facebook has a huge geographical spread and has said it is keen to extend its reach in Africa.

And the big profits made by the transfer companies are tempting other players into the market. The latest to announce it is starting money transfers is the US supermarket chain Walmart, with recipients being able to pick up their cash from any shop in the chain. To start with this will only work within the United States and Puerto Rico, but Walmart is an international group with nearly 350 stores in South Africa, and it also has a presence in Botswana, Lesotho, Swaziland, Malawi and Mozambique, opening up the tempting prospect of a new, and cheaper way for workers to send money home.

All these new ways of sending money aim to undercut Moneygram and Western Union. Now Western Union has responded by offering so-called “zero-fee” transfers to Africa if the money is sent from a bank account rather by credit card or cash. This would mean a saving of just under £5 ($8.40) for someone sending $100 from the UK to Liberia. The company would still make money (nearly $4) by using a favourable exchange rate, but it would bring the cost down to just below the G8/G20 target.

For African’s hard-pressed and hard-working migrants and their families back home, change may – finally – be on the way.