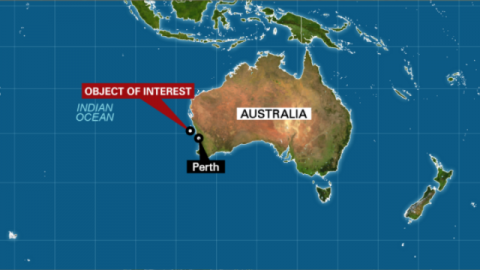 Breaking news in the search for Flight 370: An object of interest has washed ashore on the coast of Western Australia.

Authorities there say the item was found about 200 miles south of Perth and a photograph appears to show a long piece of sheet metal with rivets.

But authorities are being very cautious about the discovery.

An Australian transportation safety official even said: the more they look at the photos, the less excited they get.

It’s been 47 days since the plane vanished over the Indian Ocean.

Families are now allowed to file suit in American courts against the plane’s manufacturer, Boeing.