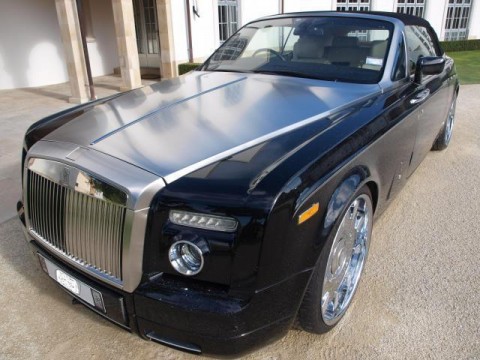 More than two years after his home was raided by authorities, Megaupload founder Kim Dotcom stands to get back some of the millions of dollars worth of cash and property that was seized due to his alleged copyright crimes.

A New Zealand court has turned down the government’s application to continue holding Dotcom’s assets past a two-year deadline. The news came via a statement from one of Dotcom’s lawyers, Robert Gapes, who shared the statement with Fairfax NZ News.

Dotcom reacted on Twitter. “Mona and I are getting our New Zealand assets back, unless the Crown appeals :-)))” he wrote early Wednesday morning, US time.

“Come back to Daddy!” he added hours later,captioning a photo of himself beside three silver Mercedes-Benz cars with license plates reading “GOOD,” “AND,” and “EVIL.”

The New Zealand government has two weeks to decide whether to appeal the judge’s order. Gapes said he considered an appeal likely.

The founder of Megaupload is arguably the most high-profile person facing Internet crime charges in the world. Dotcom and other company officers were charged by the US Department of Justice with running a criminal conspiracy to distribute copyrighted films and songs. Based on those charges, New Zealand authorities raided his mansion outside Auckland in January 2012 and seized his property. However, US authorities haven’t yet succeeded in getting Dotcom extradited to the US. A trial over whether he should be extradited may take place as early as July.

Lawyers for Megaupload have said the site was simply a storage service like those offered by many others, including Web giants like Google and Amazon. They argue that Megaupload responded to takedown requests and should be protected from legal action over its users’ actions.

Prosecutors have said the site earned more than $175 million, and they seized more than $50 million in assets during the 2012 raid. It’s not clear how much Dotcom will get back at the moment. The seized property includes more than a dozen expensive cars, jet skis, and artwork, including a “Predator statue.” In addition to the “GOOD AND EVIL” trio, his cars had license plates reading “POLICE,” “MAFIA,” “V,” “STONED,” “CEO,” “HACKER,” and “GUILTY.”

Dotcom has doubtless accumulated a long list of debts these past few years. His main US lawyer, Ira Rothken, recently told Ars that he hasn’t yet been paid anything for his legal work on the case.