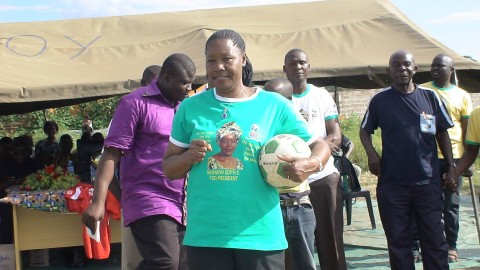 Tweet
Forum for Democracy and Development (FDD) President Edith Nawakwi has implored President Micheal Sata to act over the violence that has continued to erupt in the country.

Ms.Nawakwi says she is confident that President Sata will say something that will put to stop all violence against opposition leaders.

Ms.Nawakwi explains that the violence that is currently brewing will not be contained if nothing is done.

The FDD leader notes that Zambia has the opportunity to continue fostering peace and unity because it has been a great peaceful nation since independence.

She stresses that nothing will stop President Micheal Sata from acting and show leadership by embracing all opposition leaders and party cadres as one family.