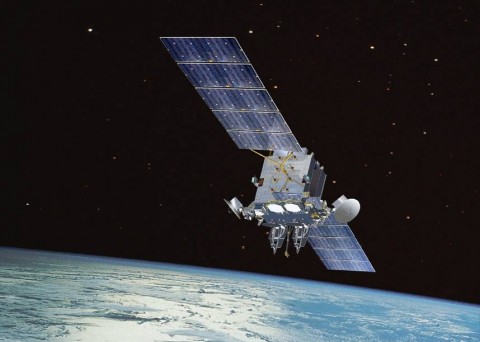 The arrival of submarine cables on Africa’s eastern shore just five years ago was largely expected to herald the end of satellite connections, which had been the region’s only link to the outside world for decades.

But the opposite is happening with Africa’s political geography – notably its many landlocked countries, such as Zambia, South Sudan and Rwanda – bringing undersea cable plans back to earth.

“If you are to provide connectivity to the masses, fibre is not the way to do it. Do you think that it would make economical sense to take fibre to every village in Kenya?” said Ibrahima Guimba-Saidou, a senior executive for Africa at Luxembourg-based satellite operator SES SA .

“Satellite is still around and will continue to be around because it’s the best medium to extend connectivity to the masses.”

Hundreds of millions of people on the continent still have no access to the Internet, he said.

At least four satellites are planned for launch this year as countries with no access to the coast have yet to benefit from at least 10 undersea cables now serving the continent.

“There will be times when they compete, but such is the growth in demand for bandwidth that there is room for plenty of players,” said Mark Newman, chief research officer at industry research company Informa Telecoms & Media.

“If you are in a landlocked country, it might well be that even though satellite would seem to be expensive compared to the cost of fibre capacity that lands on the coast somewhere, by the time you get that capacity inland, it’s no cheaper than satellite,” Newman said.

SES, one of the world’s largest commercial satellite operators, expects to launch its Astra2G satellite in 2014 after sending three others dedicated to Africa into orbit in the last year. Nine of its 56 satellites orbiting the earth are allocated for Africa.

Europe’s biggest satellite operator Eutelsat plans to fire off its tri-band EUTELSAT 3B this month after launching another to extend sub-Saharan Africa coverage in 2013.

Competition to provide Internet access in Africa is to intensify further as the continent’s rising wealth makes it a target of the world’s biggest service providers.

Google Inc announced plans last year to use solar-powered balloons to deliver Internet access to remote regions of the world. It has just acquired solar-powered drone maker Titan Aerospace, which is developing “stratospheric satellites” that can climb to altitude of 65,000 feet and stay aloft for up to five years.

Facebook Inc, the world’s biggest Internet social network, is also aiming to connect billions of people who do not currently have Internet access in places such as Africa and Asia and recently announced plans to build solar-powered drones and satellites as part of those efforts.

The demand for Internet and data services in Africa has been driven by affordable mobile broadband connections. Mobile broadband users could grow by nearly eight times to 806 million by the end of 2018, according to Informa estimates.

New services such as digital television, onboard Internet connection for passenger aircraft, and delivering education and health services electronically will also drive demand.

In addition, the Central African Backbone project, which is backed by the World Bank, is working to connect countries such as Cameroon, Central African Republic and Chad.

Africa’s newest country South Sudan, aims to lay a fibre-optic network this year to link the capital Juba with submarine cables in east Africa to cut the high cost of using the Internet.

It is one of the most expensive countries in Africa for Internet use, with the average retail price bandwidth via satellite currently around $4,000 per megabit (MB), according to a source familiar with the industry. The government has said that construction of fibe-optic cables could more than halve prices and double the speed of Internet services.

Until capacity bottlenecks are addressed, satellite operators are innovating to plug the black hole in parts of Africa.

One operator, O3B, or Other 3 Billion, whose investors include SES, Google and HSBC, has launched four of the next-generation medium earth orbit (MEO) satellites and plans two other launches in 2014 to make an orbital constellation of 12.

O3B already has 20 customers signed up and Trujillo expects that satellite will be the main connection for most of its clients, other than a fall-back plan for when fibre fails.

“A lot of applications for mining, oil and gas, will continue to be done by satellite,” he said. “The main market may not be international links for Nairobi or Johannesburg but will be communication for some of these remote areas that have had very low demand before, but now have fast-growing demand.”