Home GENERAL NEWS Justice Father blows his head with gun after affair with his daughter is... 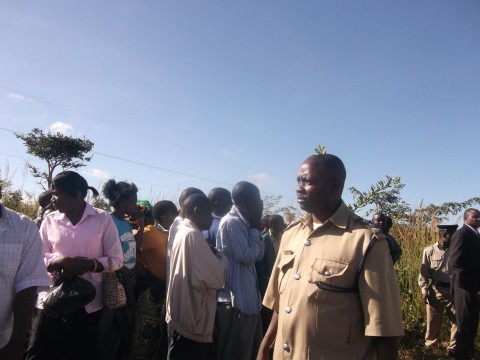 A FIFTY-YEAR-OLD business executive in Kasama has shot himself dead after his seven-year incestuous relationship with his 21-year-old daughter was exposed.
The man identified as Frank Sampa, proprietor of DOUX Motors, blew his face off, after shooting himself from the back of his head using a shotgun at his farm.
Northern Province acting Police chief, Lewis Musonda confirmed the death of Mr Sampa popularly known as Doux, which happened around 06:30 hours yesterday.
The bullet, which entered from the back of his head, left a hole where his face should have been.
Mr Musonda said he received a report from Mr Sampa’s relatives who reported him for incest on Tuesday.
‘‘According to the information we have, the girl got tired of the relationship and informed family members of the incestuous affair,’’ Mr Musonda said.
He said the father had been threatening her to keep their affair a secret.
‘‘ He would even threaten her that he would stop sponsoring her to school if she revealed,’’ he said.
After the damning relationship was revealed, relatives called a meeting which was held at one of Mr Sampa’s houses in Mulenga Township in Kasama.
At that meeting, Mr Sampa admitted his actions and pleaded for forgiveness.
Some of the family members were, however, not happy and decided to report Mr Sampa to the Police.
He became furious and gave an inkling of his eventual suicide when he was called for questioning by Police where he said: ‘‘You don’t know me, I will kill myself.’’
Mr Sampa left a suicide note at his home outlining how and where he is to be buried.
A shotgun, an empty cartridge and a Land Cruiser registration number ABC 1827 were recovered from the scene.