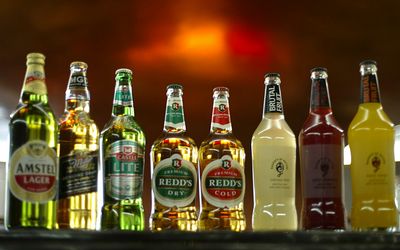 The world’s No2 biggest brewer, SABMiller, on Tuesday said it continued to produce “top line” profit growth in the year ended March this year despite tough operating conditions in the fourth quarter in some markets.

“The combination of our global overview and deep local insights enables us to fine tune our operations in each market and to deliver commercial progress which underpins our confidence in our ability to deliver higher revenue growth in the longer term,” Alan Clark, the CEO of SABMIller, said in the brewer’s annual trading update.

Volumes and revenues in South Africa, Tanzania, Nigeria and Ghana performed well during the period under review, while Mozambique, Uganda and Zimbabwe under-performed.

Tanzania’s lager volumes grew by 4 percent for the full year, boosted by strong growth in the mainstream and cheaper segments.

Nigeria (where SABMiller’s Hero beer has made waves) and Ghana posted robust double digit volume growth despite tough economic conditions, boosted by an increase in capacity.

Political strains in Mozambique continued to hit demand and lager volumes ended down 2 percent for the
year.

In Uganda, full-year lager volumes sagged 3 percent. But they performed better in the last quarter of the year.

Weak economic conditions continued in Zimbabwe, leading to an 18 percent decline in lager volumes during the period under review.