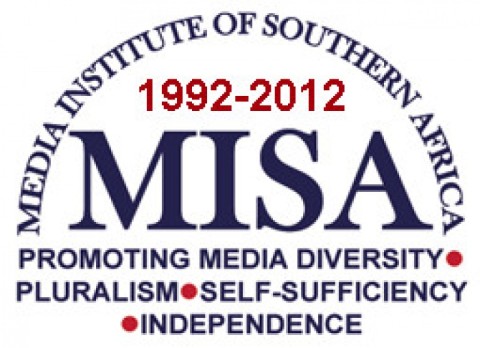 THE Media Institute of Southern Africa (MISA) has noted that women are still not being considered as news makers in most countries in the Southern Africa Community Development (SADC) region.
And Lesotho Minister of Gender Youth, Sport and Recreation, Chief Thesele Maseribana has said the SADC region is still faced with a lot of challenges in achieving gender parity in decision making positions.
MISA Lesotho national director Tsebo Mats’asa said statistics show that women were not still not news makers in the region as such there was need to continue putting interventions that would ensure that women’s voices were heard.
He said most media outlets only highlight issues of women in the negative but would be silent when women have done something good.
Mr Mats’asa said it was for this reason that MISA was carrying out activities such as capacity building and sensitisation of media practitioners and women to ensure women’s views were eheard.
He was speaking yesterday during the opening of the Lesotho national SADC gender protocol summit at Sun hotel here under the theme “50/50 by 2015 and demanding a strong post.”
Mr Mats’asa although there was a noted number of female media practitioners in media houses, most of them was mere reporters and not in managerial or decision making positions.
He said MISA and other non governmental organisations (NGOS) have put in place campaigns to develop gender policies for media houses but the same was hampered with the challenge of implementation.
And Mr Maseribana said that challenges such as cultural, tradition and custom norms were still a hindrance to fighting gender inequality in Southern African countries such as Lesotho.
He however, said that the deadline of 2015 was not the end of the road to fight gender equality but that the momentum should now be turned to the post 2015 agenda.
Gender Links chief executive officer Collen Morna said the region still has a long way in achieving the 2015 SADC gender protocol and called on member countries to increase the momentum in the fight for gender equality.
Ms Morna said the SADC protocol requires that there be a 50/50 per cent of women and men representation in all decision making positions by 2015, best estimates suggests that by the end of 2015 SADC countries
would fall short of the regional 30 per cent target and not reach 50 per cent.
She said there was need for the electoral system and quotas in increasing women’s representation adding that the key to change was political will which would be more active as the momentum turns to the
2015 post agenda.
“The fact that women are still underrepresented in cabinet calls into question the political commitment of leaders,” Ms Morna said.