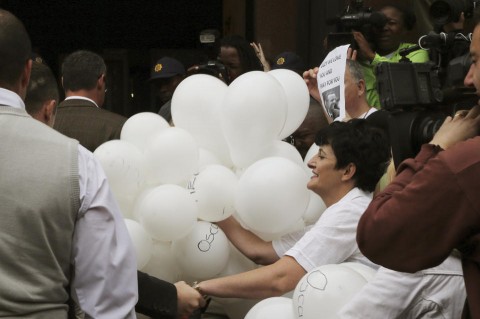 A judge has temporarily adjourned the murder trial of Oscar Pistorius after the athlete started to sob while testifying about the moments before he killed girlfriend Reeva Steenkamp in his home last year.

Chief prosecutor Gerrie Nel, who had accused the double-amputee runner of tailoring his account of events to fit the evidence, asked Pistorius on Monday what exactly he said as he moved toward the bathroom where he shot Steenkamp, who was behind a closed door in the toilet cubicle.

Pistorius said he thought there was an intruder in the house and that he screamed, using an expletive, for the purported intruder to get out of his house. As he testified, he began to wail.

The prosecution says Pistorius’ account of a mistaken shooting is a lie.