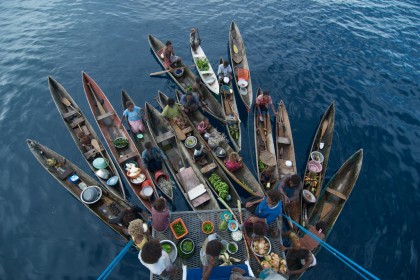 (Reuters) – A powerful magnitude 7.6 earthquake struck near the Solomon Islands on Sunday morning, triggering a tsunami warning that was later cancelled, according to U.S. government agencies, and there were no immediate reports of damage.

“So far we have received no reports of damage,” said Constable Taylor Fugo from Kira Kira police. “The people responded very well to the (tsunami) warning. They all went up the hills and have been watching and waiting for advice.”

A tsunami warning for the Solomon Islands, Papua New Guinea and Vanuatu was cancelled after only very small tsunami wave activity, just a couple of centimetres, had been measured at two reading stations near the epicentre, the Pacific Tsunami Warning Center said.

An earlier tsunami watch for Fiji, Australia, Indonesia and nearby areas was cancelled after the earthquake was revised down from its original magnitude of 8.3.