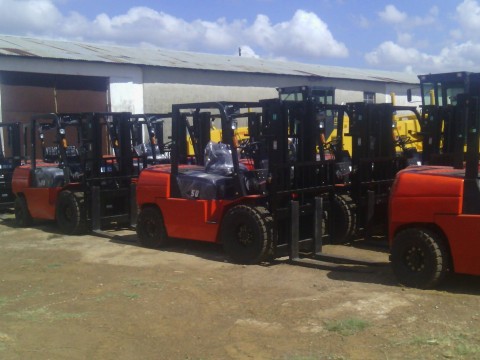 Today I wish to share with you our Government’s progress on the implementation of the Pave Zambia 2000. You will recall that during the Official Opening of the 3rd Session of the 11th National Assembly, I did inform the Nation that our Government has procured road construction equipment to be utilized in paving public roads and public places across the country.

I wish to inform you that the equipment for the project which includes: (13) wheel loaders, (15) graders, (30) tippers, (15) water bowsers, (13) low bed trailers with horse, (14) forklifts, (13) brick making machines and (15) paver laying machines have been distributed and are being installed in all the provincial centres across the country.

Actual works on the project will commence by the end of May 2014 once the RDA creates stockpiles of cured bricks in the provinces. You will be happy to know that the project has installed the first (3) brick making machines at its Lusaka site based workshop along Mumbwa road. Manufacturing of paving bricks has commenced with the aim of building up sufficient stockpile of paving bricks to sustain the laying operations once they commence.

The pave Zambia 2000 road project aims at constructing 2000 Kilometers of urban and township roads countrywide using concrete paving blocks at a cost of K1.6 billion. To date, construction works at Petauke Market using concrete block paving and Nyerere road in Chawama township have been undertaken whilst construction works in Bauleni, Mandevu, Mtendere, Chawama and other townships in Lusaka among others will commence soon.

Apart from rehabilitating and realising a maintanable urban road network, our Government’s main objective is employment creation of more than 20,000 jobs for the youth as well as imparting skills in road construction. I am convinced that the initiatives that our Government is putting in place to improve the road infrastructure will increase trade and investment opportunities and thus accelerate the country’s economic development. MCS – 11/04/14