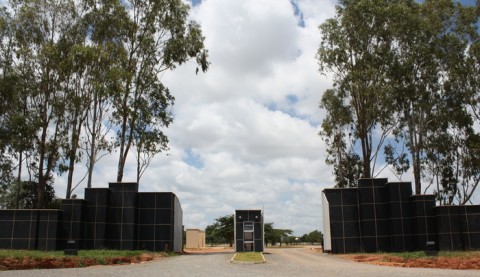 FORMER Zambian top referee, Chileshe Mukuka  put to rest  at the Leopards Hill Memorial Park in Lusaka.
Mukuka, 72, died in the early hours of Monday morning at the University Teaching Hospital (UTH) two days after he was involved in a road traffic accident.
According to the programme released by Mukuka’s cousin, Timothy Chimfwembe, burial would be preceded by a church service at Mary Immaculate Catholic Church Parish starting at 11:00 hours.
Mukuka was on Saturday match commissioner for the MTN-FAZ Preview League match between National Assembly and Kabwe Warriors at Woodlands Stadium in Lusaka before he was involved in a road accident on Kafue road on the same day.
He also served as a columnist in the Sunday Times of Zambia where he used to write The Referee.
Two children and several grand children survive Mukuka.