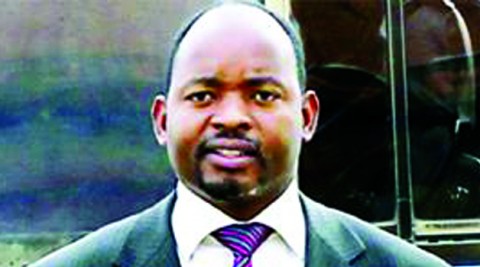 THE United Party for National Development (UPND) has charged that it will not stop “poaching” MMD members and dismissed party vice-president Michael Kaingu’s accusations that it is responsible for sparking the infighting in the former ruling party.
Meanwhile, MMD presidential spokesperson Muhabi Lungu has asked Dr Kaingu to leave the MMD, if he is not willing to work with leader Nevers Mumba.
UPND deputy spokesperson, Cornelius Mweetwa has cast further doubts over a possible alliance between the two opposition parties.
Mr Mweetwa said the UPND will continue recruiting members from all parties including the MMD.
“We sincerely apologise to Dr Kaingu in that the UPND has no intention of stopping any recruitment of members if they want to join our party. Dr Kaingu should instead concentrate on addressing the wrangles in his party,” he said.
Mr Mweetwa, who is Choma Central Member of Parliament (MP) said the UPND had no scheme to cause differences in the MMD.
He said party members had a constitutional right to choose which party to be affiliated to.
“If they are considering us their number one enemy, if they feel that way, we have no choice but to accept it,” he said.
Dr Kaingu, who is in-charge of politics, has blamed the UPND over the wrangles in his party, but Dr Mumba on the other hand accused State House of causing the troubles.
Dr Kaingu described the UPND as its number one enemy and that it was responsible for causing the current divisions.
The wrangles in the MMD resurfaced after Dr Kaingu, Brian Chituwo, the vice-president in-charge of administration, party spokesperson Dora Siliya and former Solwezi West MP, Lucky Mulusa denounced Dr Mumba and demanded his removal.
But in a separate interview, Mr Lungu said Dr Kaingu was not representing the views of the party when he declared the UPND as number one enemy.
Mr Lungu said the MMD was in politics to exchange views that would move the country forward.
“If Dr Kaingu does not want to reconcile and work with Dr Mumba, he should leave and since the UPND is his number one enemy he should consider joining the Patriotic Front,” he said.