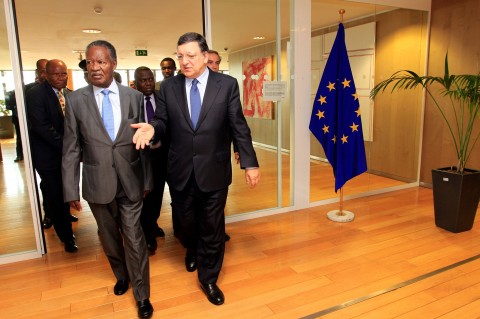 ZDDM President Edwin Sakala says condemning president Sata on this one is a clear sign that an average Zambian has very little understanding of how international politics affect Zambia directly as a nation hence the urgent need for the Zambian public to access the necessary political understanding that Zambia is not an island.

Mr. Sakala says he is not surprised by the several voices raised condemning president Sata for blaming and accusing European countries for the crisis most African countries are facing because many Zambians are not aware of the negative influence that former colonial masters have on nearly every event on the African continent.

He says Zambians must be helped to be politically alert like the people of Zimbabwe, Malawi and South Africa who are fully aware that in spite of granting African countries independence, they need to understand the influence European countries have on the African continent.

He explains that the former colonial masters have continued to influence events on the continent and rich countries like Zambia with abundant natural resources which they still want to control indirectly.

He states that many Zambians are not even aware of the fact that even the politics of hate and failure to work together in defending national interest are by design.

He says Zambians must not condemn President Sata for telling off European countries and Britain in particular because Britain has been the root of the Zambian crisis.