Home GENERAL NEWS Malaysia Airlines Flight 370 : It’s a Miracle to Find Anything in... 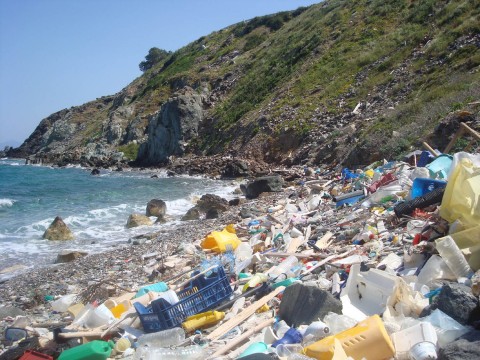 Stand several feet away from a Georges Seurat pointillist masterpiece such as A Sunday on La Grande Jatte and your eye comprehends the whole scene. Only when you step closer will you notice the distinct, individual points of color making up the whole. In a sense, this sums up the problem facing search parties who hunt for the remains of Malaysia Airlines Flight 370 and find themselves thwarted by all the trash in the sea.

“If you look close, you see these little dots on the ocean. The dots are a debris field 20 miles across, and each dot has debris in it,” says Curtis Ebbesmeyer, a Seattle oceanographer and self-described “flotsamologist.” “Now you want to know which one has aircraft debris in it. You’re looking for a piece of straw in a haystack. You can’t tell one piece from another. It’s a confounding problem.”

Booster-rocket stages, weather-balloon radios, batteries, shipping containers, Nike shoes, plastic bath toys, tree trunks, fishing lines—there are countless hunks of debris bobbing around in the ocean. Caught in gyres and currents, the garbage floats in patches that can spread across hundreds of miles, Ebbesmeyer says. Plenty of oceangoing trash sinks; according to Greenpeace, about 70 percent of plastic waste winds up on the seafloor, where it can smother marine life. But that means a hefty percentage of garbage floats too, Ebbesmeyer says.

He likens ocean-debris patches to clumps in a bowl of pancake batter, stirred with a wooden spoon. The spoon isn’t powerful enough to uniformly mix all the solid material, so they congregate. “The ocean is just like that,” he says. “The wind and the sun don’t have enough energy to mix all the Bisquick, so you end up with clumps.”

So far, on several occasions when a satellite or search plane spotted something that could have been debris from MH370, it turned out to be more of this garbage. On March 29, South Korean and Australian aircraft spotted promising-looking objects in the southern Indian Ocean, but searchers sent to retrieve them found the debris wasn’t from the flight. On March 30, orange objects spotted by an Australian search plane turned out to be fishing equipment.

Denise Hardesty, a research scientist for the Australian science agency CSIRO, told AP that Australian waters harbor between 1500 and 17,500 pieces of plastic per square mile. Much of this waste is in the form of small plastic bits, which are often eaten by birds and fish. But searchers have also found buoys, ice coolers, sheet metal, and other detritus.

You might expect more of this larger debris to sink. But much of it is buoyed by internal air and by the ocean currents. Ebbesmeyer gives the example of foam lines, which form along rip currents where two distinct currents meet. Waters of different densities mix at different depths; foam and debris rides the tops of the waves and can run for 1000 miles, he says. Ebbesmeyer once tracked a shipping container floating for nine months after it fell off a ship, and he gained some international fame after he tracked thousands of plastic bath toys around the world. Some 29,000 plastic ducks, frogs, turtles, and beavers washed into the Pacific Ocean in 1992 and were still making their way to distant shores in 2007. The amount of junk in the oceans is simply astounding.

The big problem with regard to MH370 is that we still don’t know how or where it crashed. If the Boeing 777 ran out of fuel and plummeted from 30,000 feet, debris would have spread across several miles. If it nose-dived, then it could have broken up into only small pieces. If it landed softly, then it may have sunk mostly intact.

In part by tracking the plastic bath toys, oceanographers have learned a lot about ocean currents and how debris is distributed. A clump of flotsam will move about 10 miles per day and will spread in diameter by about a mile a day, according to Ebbesmeyer. About eight months after the Tohoku earthquake and tsunami in Japan, debris started washing up on the west coast of the U.S., he notes. But every day that passes, it becomes harder to reconstruct the drift pattern of any MH370 debris investigators might find.

At typical drift rates, Ebbesmeyer says he expects debris from MH370 to wash up in western Australia within about three months. Oceanographers are still learning about those drift rates and average clump sizes, he adds. “The search for this aircraft shows you how little we know.”