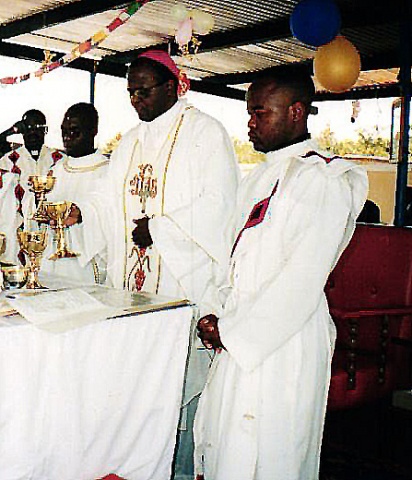 With deep regret we announce the death of Fr. Patrick Chibuye Mukuka Mpepo. He died in the early hours of Tuesday, April 2, 2014 in Lusaka, where he had gone for treatment.

May his Soul rest in Peace.

Funeral Mass will be on Friday, 4 April at St. Monica’s, Tazara, starting at 9:00 hrs, followed by the burial at Chilonga

The funeral House is St. Monica, old Church (hall). We expect the body by tomorrow, 3 April at around 18:00 hrs. There will be a memorial service, as soon as the body is in.