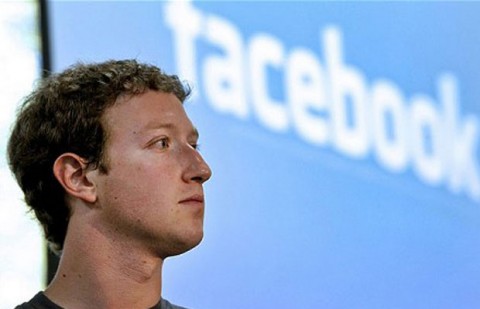 The windfall saddled Zuckerberg with a huge tax bill, even though he limited his Facebook salary to just $1, according to regulatory documents filed Monday.

It marks the second straight year that Zuckerberg has realized a huge gain on the holding that he has accumulated in Facebook Inc. since he started the company in 2004. In 2012, Zuckerberg made $2.3 billion off his stock options.

Zuckerberg, 29, now has exhausted his supply of stock options after exercising 60 million of them last year a price of 6 cents per share. He then sold 41.35 million shares for $55.05 apiece in December, primarily to pay for his tax bill on the gains.

Zuckerberg and his wife, Priscilla Chan, also donated 18 million Facebook shares to a Silicon Valley nonprofit. The December gift, then valued at nearly $1 billion, landed the couple at the top of The Chronicle of Philanthropy’s annual list of the most generous Americans.

Even after selling and donating so much Facebook stock, Zuckerberg still owns 426.3 million Facebook shares currently worth $25.7 billion. The stock has more than doubled in value during the past year as Zuckerberg fulfilled his promise to sell more ads on the smartphones and tablet computers that bring in most of the traffic to Facebook’s social networking service.

The Menlo Park, Calif., company now gets more than half of its ad revenue from mobile devices, up from 23 percent at the beginning of last year.

Like many company founders who have gotten wealthy off their early stakes, Zuckerberg asked Facebook to limit his annual salary to $1 annually. Besides that token sum, Zuckerberg also received perquisites valued at $653,164. All but $3,000 of that amount went toward Zuckerberg’s bills for personal travel on chartered jets.

The Associated Press formula calculates an executive’s total compensation during the last fiscal year by adding salary, bonuses, perks, above-market interest that the company pays on deferred compensation and the estimated value of stock and stock options awarded during the year. The AP formula does not count changes in the present value of pensions, a benefit that Facebook and most other technology companies don’t provide.