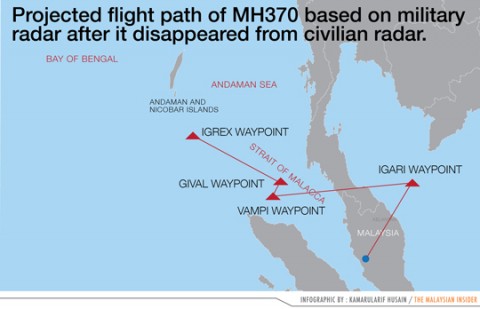 Australian Prime Minister Tony Abbott, whose country is leading the search for Malaysia Airlines Flight 370, said Monday the multinational operation would continue indefinitely as it enters a fourth week without a breakthrough.

Ten planes and 10 ships resumed the search Monday of a vast new stretch of the southern Indian Ocean identified by Malaysian investigators as the area where the Beijing-bound Boeing 777-200 jetliner most likely ran out of fuel and was lost into the ocean after disappearing from radar on March 8, with 239 people aboard.

Multiple sightings of objects floating in the ocean by Chinese, Australian and New Zealand aircraft on Friday raised hopes that authorities had made the right call to shift the search around 700 miles (1,127 kilometers) northeast of a previous zone because of new calculations of radar data. But items fished out of the water turned out to be unrelated to the missing plane.