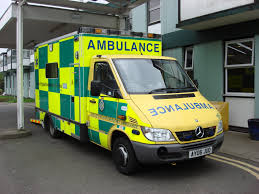 TEARS of joy, ululations and traditional dances from residents of Sinazongwe Constituency characterised the splendid handover of an ambulance by their area Member of Parliament Richwell Siamunene.
The ambulance, which was delivered to Sinazongwe District Hospital, was among the 60 ambulances recently procured by Government and distributed to many hospitals in the country.
The ambulances are fitted with basic life support equipment to ensure pre-hospital care was provided by trained health personnel while patients are being taken to hospitals.
Mr Siamunene displayed the ambulance at Sinamalima rural health clinic at the weekend to residents who cheerfully described it as another New-Year gift from Government.
The residents comprising headmen, councillors, pupils and elderly people gathered to catch a glimpse of the vehicle.
They commended Mr Siamunene for working diligently with the Patriotic Front Government in accelerating delivery of development in Sinazongwe.
Sinamalima Ward councillor Fisher Zimana thanked Mr Siamunene and Government for combined efforts in strengthening the emergency health care services in the district.
“We have been talking about issues of ambulances in our developmental meetings and today, our Government has given us what we asked for through our MP, which means Sinazongwe is developing at a faster rate,” he said.
The residents were grateful to Government for many other developmental projects citing the recent successful delivery of electricity to Sinamalima area by Rural Electrification Authority.
District Health office representative Mapepula Muntanga said Government was strengthening emergency health services to ensure efficiency in the delivery of specialised care to people.
Mr Siamunene assured residents that President Michael Sata was committed to uplifting their living standards hence the need for them to decisively support Government’s developmental agenda.
He said the handover of the ambulance, which is the first while the second one would be delivered in mid-July this year, signified the passion Mr Sata had in enhancing quality health services in rural areas.
Mr Siamunene who is Commerce, Trade and Industry deputy Minister, said no part of Sinazongwe would remain underdeveloped and assured residents of more tangible developments.
“As a country, we are privileged to have such a caring Head of State because Zambia is destined for massive development and we need to support this Government,” he said.
He said, despite Sinazongwe having abundant water from Lake Kariba, Government would soon drill more boreholes and upgrade all poor road infrastructure.
District Commissioner Dodo Sindaza directed the council to work diligently  and deliver substantial development that residents wanted.