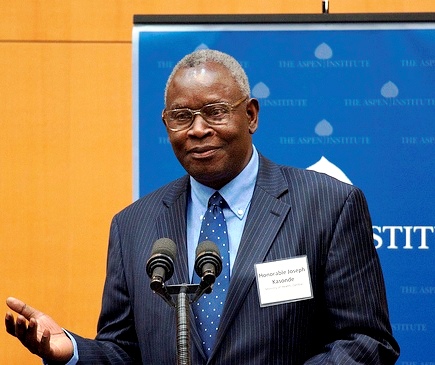 HEALTH Minister Joseph Kasonde has launched the construction of 69 health posts and one district hospital in Northern Province under a programme designed to improve primary health care in rural areas.
Dr Kasonde also handed over hospital linen and 11 hard top Land Cruiser ambulances with built-in life-saving equipment that will be distributed among all districts in the province.
The ambulances were procured at a cost of K80 million.
The health posts expected to be completed in the next two years would be built with modern prefabricated materials for speedy construction.
Dr Kasonde said the growing population and vastness of the province had posed a challenge to the delivery of cost-effective and quality health care services close enough to the public.
“The Patriotic Front and President Michael Sata are committed to ensuring healthcare is improved throughout the country.
“That is why Government has begun the construction of 650 health posts in all parts of the country of which 69 will be built here,” he said.
Eight of the health posts would be built in Chilubi, Kasama and Mungwi, and nine in Mporokoso, Kaputa and Luwingu.
Seven health posts would be built in Mpulungu, while Mbala would have 11.
The health posts would have a main building comprising a delivery suite, post-natal ward, a screening and treatment room, two staff houses, borehole and incinerator.
Residents from nearby villages who attended the launch near Milima State Prison cheered throughout the proceedings as they expressed happiness at the projects.
Dr Kasonde said he was aware that Kasama, despite its large population, only had one general hospital without a district hospital to augment healthcare.
Northern Provincve Minister Freedom Sikazwe cautioned the residents to desist from encroaching on land set aside for the construction of the health posts as it would affect future plans of upgrading or expanding the facilities when need arose.