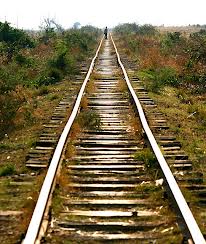 OPERATIONS of the Chipata-Mchinji  railway line which stalled for more than three decades have commenced following the arrival of a locomotive and 51 wagons.
Zambia Railways Limited (ZRL) Nacala director Vyonsi Manda said at a media briefing in Chipata that the locomotive would be shutting wagons laden with goods such as fertiliser and titanium ore used in the production of paint to and from the port of Nacala in Mozambique.
Mr Manda said the first route to Nacala Port would be released in the next two weeks and that, the train speed would be 30 kilometres per hour.
He said the locomotive would take four days to reach the final destination from either side.
“The dream which was conceived over 30 years ago, has come to pass and we are thankful for the support being given to the Chipata-Mchinji railway line by the Government and cooperating partners,” Mr Manda said.
ZRL was working towards bringing 199 wagons including five other locomotives into Chipata by the end of this year so as to create opportunities for business in the transport sector.
He said the route was very secure and trips would be guarded by heavy security in the three countries of Zambia, Malawi and Mozambique.
Meanwhile, the Eastern Province Chamber of Commerce and Industry (EPCCI) has said the Chipata-Mchinji railway line will help promote and boost rural industrialisation.
EPCCI president Thomas Mtonga said the Chipata-Mchinji railway line was one of the projects that would promote overall economic growth.
In an interview yesterday, Mr Mtonga said the development of the railway line was cardinal to the growth of the Zambian economy as it would be able to link Zambia to other countries in the region such as Mozambique.
Mr Mtonga said the Chipata-Mchinji Railway line was the nearest to the Nacala port in Mozambique covering 1,150 kilometres, while to Durban in South Africa, was about 3,000 kilometres away.
“The railway line will benefit the Zambia people, especially the business community in Eastern province. This will also promote the overall economic growth and rural industrialisation,” Mr Mtonga added.
It will also help to reduce  the cost of doing business  and increase the life span of the roads and lower cost of goods and services.
Eastern Province Permanent Secretary Chileshe Mulenga said the province would be opened up to the tourists especially at the South Luangwa National park in Mfuwe because of the railway line.
Dr Mulenga appealed to the business community to support the infrastructure so that it remains viable during operations.