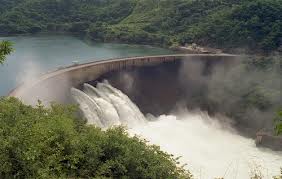 A BRAZILIAN firm Andrade Gutierrez (AG Group), has pledged to transform Zambia into a regional electricity hub that will benefit countries in the Southern and Central African regions.
The company which has identified Zambia as the best location from where to develop power projects, aims to  increase electricity generation for local and export markets..
This is according to a statement made available by secretary for Press at the Zambian Embassy in Brazil, Nicky Shabolyo yesterday.
AG Group commercial director Dieter Hopf said the Southern and Central African regions were facing power deficits and Zambia’s centrality makes the country suitable to be a strategic distribution point for electricity to other countries in the region.
Mr Hopf said there was a big power deficit in Zambia which had led to industries, households and other facilities to suffer persistent load-shedding.
He said increased electricity generation would create huge opportunities for Zambia to export excess power and earn foreign exchange.
Mr Hopf said his company, which had just concluded feasibility studies on Zambia, felt that the country was suitable for such big projects because it was a safe investment destination owing to its political stability and economic progression.
He said this in Brasilia on Tuesday, when a team from AG Group called on Zambia’s ambassador to that country, Cynthia Jangulo.
“We have identified several projects within Zambia and we think Andrade Gutierrez is specialised enough to help country overcome her electricity problems.
“Our hope is now to quickly enter into a memorandum of understanding with the Government of Zambia on one of the possible projects that we have identified,” Mr Hopf said.
The AG Group has already opened talks with Zambezi River Authority (ZRA) regarding its participation in the development of the Batoka Gorge Hydro-power Project, as well as other ventures in Zambia separate from Batoka.
Mr Hopf disclosed that AG Group representatives have been to Zambia twice on fact-finding missions and that,  the company was impressed with what it found on the ground and was now ready to move things forward.
“We established from our visits that additional generation capacity would be an interesting development for Zambia as the country will be in a position to meet its own needs as well as be able to export the excess,” he said.