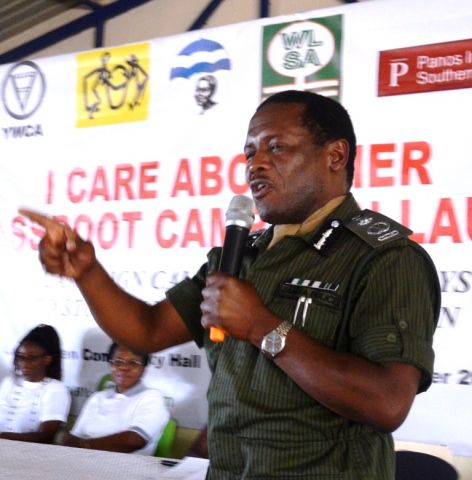 Deputy Inspector General of Police, Solomon Jere says he directed the Police Command in Eastern Province to stop the UPND from holding any meetings in areas where there are pending court cases in relation to by-elections out of respect for the judicial process.

This follows revelations by the UPND that Dr. Jere stopped the party from holding rallies in Eastern Province.

Dr. Jere has told QFM News in an interview that he arrived at the decision to stop such rallies after receiving facts from the Police Command in Eastern province.

He says it is imperative that the citizenry obey and respect the judicial process.

He states that it is not in the interest of the Police to see the country taking the path of anarchy like other countries in the region.

Dr Jere has since advised the UPND not to start drawing the Police into unnecessary confrontations by disobeying the law.

The Deputy Inspector General of Police has since appealed to the UPND to ensure that they lead by example by abiding by the stipulated laws in place.

Dr Jere says the Police will ensure that they uphold the law as stipulated in the constitution.