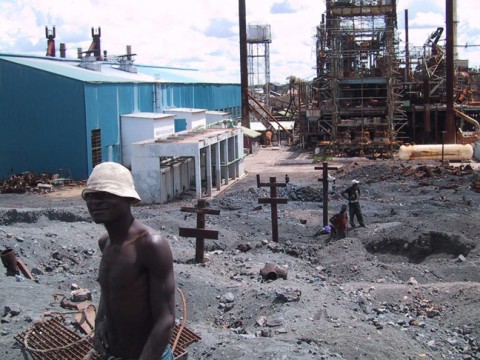 From lead in the soil to toxins in the water and radioactive fallout in the air, The Blacksmith Institute has created a list of the world’s worst ecological disaster areas

If people are a product of their environment, then the citizens of Sumgayit, the third-largest city in the Central Asian republic of Azerbaijan, are in trouble. Thanks to the scores of ex-Soviet factories that produced heavy goods like rubber, aluminum and pesticides — with virtually no environmental regulation — they’ve been regularly exposed to dangerous levels of industrial chemicals.

Their drinking water is tainted with untreated sewage and mercury-contaminated sludge. Their chances of developing cancer are up to 50% higher than their fellow Azerbaijanis, and their chances of dying from it are higher still. But they’re not alone. There are similar environmental hellholes throughout the world — just as polluted, and for the most part, just as overlooked.

The Blacksmith Institute is trying to change that. The New York-based environmental NGO is focusing on these unknown pollution hotspots — mostly in the developing world — where the kind of heavy-duty industrial contamination that the U.S. has largely cleaned up is still taking a devastating toll on human health. On Wednesday morning the group released its second annual list of the world’s 10 most polluted places, anonymous cities like Sumgayit or Sukinda in India, where 2.6 million people are potentially exposed to toxic heavy metals. “Here in the U.S. we forget that ordinary pollution is still something that destroys a lot of lives,” says Richard Fuller, president of Blacksmith. “These cities aren’t on the tourist trail, so there’s not a lot of global activity, but we need to do something about it.”

Unfortunately, little is being done right now. With global warming the dominant environmental topic of the day — and not without reason — worries over ordinary factory pollution seem almost old-fashioned. But look at pollution as a direct threat to human health — alongside diseases like malaria or AIDS — and the scope of the problem becomes daunting. Blacksmith estimates that more than 12 million people live in the cities on its top 10 list, and a recent World Health Organization (WHO) report showed that environmental factors like bad water and air pollution accounted for 20% of the global burden of disease. “People have to realize there is a critical link between the environment and health,” says Dr. Maria Neira, director of public health and the environment for the WHO.

The good news is that solutions to pollution already exist — the developed world cleaned itself up — and the return on investment is excellent. A Blacksmith study estimates that industrial decontamination projects in the developing world cost $1 to $50 per year of life gained, compared to $35 to $200 for malaria control or clean water supplies. Fuller estimates that it might cost as little as $500 million to clean up the worst of the world’s most polluted cities. Clean-ups are underway in some places, thanks in part to groups like Blacksmith, but in far too many nations there’s little government money for environmental protection, and industrial pollution remains a low priority for international funding. “This is a moral issue,” he says. “This is about the livability of the planet.”