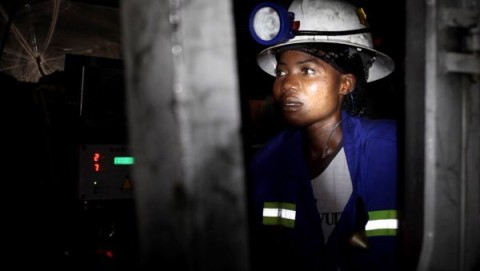 The south-central African nation of Zambia does everything possible to attract investors. Like the economy of any frontier market nation, Zambia needs foreign direct investment. So it offers inducements and incentives like tax holidays and easy foreign transfers. Zambia ranks seventh of nearly 50 nations on the World Bank’s list of best African states to do business in, and it is the continent’s largest copper producer.

Yet in a region with a history of abuse and exploitation, and with relatively recent discoveries of its mineral wealth, Zambia has also started “pushing back” on foreign investors that want to do business the old way, including firms based in China and India.

In the past, foreign businesses have taken advantage of eager African nations that offer lush incentives: The typical story is that investors would enter, sign incentive-laden contracts, then promptly ignore all responsibility. The local people often saw no benefit from their nation’s wealth.

To this end, the Zambian Ministry of Finance has started revoking licenses of local and foreign investors that abuse incentives – ranging from ignoring safety standards, disregarding labor laws, perpetuating a lack of transparency, or breaking promises to hire locals.

“It is only logical and appropriate that those who violate the provisions under which incentives were granted face sanctions, including revocation of their investment licenses,” Alexander Chikwanda, Zambian minister of finance, said last fall.

Since 2012, the Zambian government has taken away the licenses of the Chinese-owned Collum Coal Mine on grounds of poor safety and health standards among its employees.

In 2013, Konkola Copper Mines, owned by an India-based and London stock exchange-listed firm called Vedanta Resources, defied an agreed-to policy of creating employment for Zambians and announced that it was preparing to fire some 1,500 workers.

Zambian President Michael Sata threatened to revoke KCM’s license if a single worker were let go. In a standoff, KCM chief Kishor Kumar called the threat “mere rhetoric” and laid off 76 people. Mr. Kumar’s work permit was subsequently revoked, and he was barred from entering Zambia as a consequence.

Oliver Saasa, economics professor at the University of Zambia, says the policies of the current populist government of Mr. Sata toward investors differ sharply from those of its predecessor. The previous government dealt delicately with foreign investors, he says, in spite of the rules, in order to establish a market and trade foundation.

“It’s like the MMD [Movement for Multiparty Democracy, which previously governed Zambia] provided the crude oil that the current PF [Patriotic Front] government is now trying to refine,” Mr. Saasa told the Monitor. “Investors realize that government does not mean to harm them but [is just trying] to satisfy the needs of the people who own the resources.”