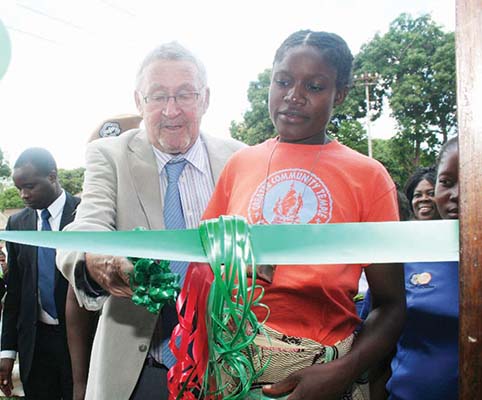 GOVERNMNET has launched the construction of 650 health posts countrywide at a cost of over K250 million. Vice-President Guy Scott said during the launch in Kimpitubwanga area in Chief Kapijimpangaâ€™s area in Solwezi yesterday that Government has committed itself to increasing health facilities by constructing the 650 health posts countrywide. â€śThe launch of this programme in Solwezi marks the beginning of the construction of 650 health posts to be funded by the India line of credit,â€ť Dr Scott said in a speech read for him by Health minister Dr Joseph Kasonde. He said the Ministry of Health cherishes the support from the Indian government, adding that Zambia will take all precautions and strong measures to ensure that the support being received benefits the majority of the rural people through the construction of health posts. Dr Scott said out of the 650 heath posts, 74 will be constructed in North-Western Province and that the project is expected to be completed within two years. â€śThe PF government means business and, therefore, our target for operation of this centre and many others in North-Western Province should begin by February 2016 and the contractor has agreed with Government that all the 650 health posts will be built in two years,â€ť he said. Dr Scott said the PF government has taken keen interest in the health sector through infrastructure development in order for health services to be within reach of all people. He said government has also focused on the development and improvement of primary health care. The Vice-President said government is committed to ensuring that challenges of poor health services at hospital level are addressed and has embarked on a hospital modernisation programme at Lusakaâ€™s University Teaching Hospital (UTH), Ndola Central and Kitwe Central hospitals in order to strengthen the countryâ€™s referral system. â€śThe PF government is resolute to fulfilling the promises of universal access to quality health care by all families both in urban and rural communities,â€ť Dr Scott said. He added that government is concerned and committed to ensuring that unnecessary maternal deaths are prevented and the health of newly-born children is significantly improved. Dr Scott said with the growing population in the country, the demand for health care services has equally increased. â€śGod said go and multiply, hence as we multiply, we must have a healthier population and as government, we are committed to that,â€ť he said. Earlier, North-Western Province minister Nathaniel Mubukwanu warned that Government will not accept any delays or shoddy works on the project by the contractor. Mr Mubukwanu said the province has continued to witness a rapid increase in population due to promising and potential economic prospects, saying the commissioning of the construction of the 74 health posts has cheered many people in the region. And Chief Mumena of Solwezi commended Government for embarking on an ambitious programme of constructing health posts countrywide as they will help service the rural population who have no access to health care. Scores of people witnessed the launch of the health posts that was characterised by cultural dances.
Â
Daily Mail
(adsbygoogle = window.adsbygoogle || []).push({});