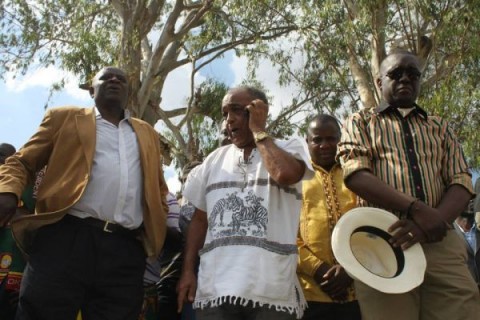 Tweet
Political Analyst, Dante Saunders, says the ruling Patriotic Front (PF) should now apologize to the people of Zambia for deceiving them with the ninety-day-campaign strategy.

This follows remarks attributed to Sports Minister, Chishimba Kambwili that the PF party’s 90 days slogan was a mere campaign theme.

Mr. Saunders says the PF should be ashamed for cheating the Zambian people just to get into office.

Mr. Saunders says such remarks by a senior PF official shows that the PF cannot be trusted with another five year term, stating that they will have a tough time in 2016 to convince the people to vote for them.