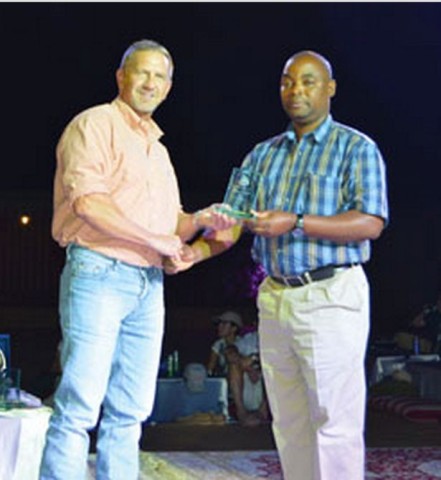 ZAMBIA – Hybrid Poultry in Zambia won five top awards at the grandparent seminar for Cobb franchise distributors in the United Arab Emirates, organised by Cobb Europe for the Europe, Middle East and Africa region. The setting was a desert camp 60 km from Abu Dhabi.

Philippe Gouault, Cobb Europe grandparent specialist, stated: “The dedication and enthusiasm of the staff and management has paid dividends in obtaining this status which proudly recognizes Hybrid Poultry and Zambia in achieving outstanding performance on a global basis.”

“This group of distributors know each other well and these meetings are a great time to share knowledge and experiences,” said Euan Meldrum marketing manager for Cobb Europe

Cobb Europe and their distributors supply the Cobb500 throughout Europe, Middle East and Africa. It was the first time this meeting has been in the Middle East, with previous events in Germany and South Africa.